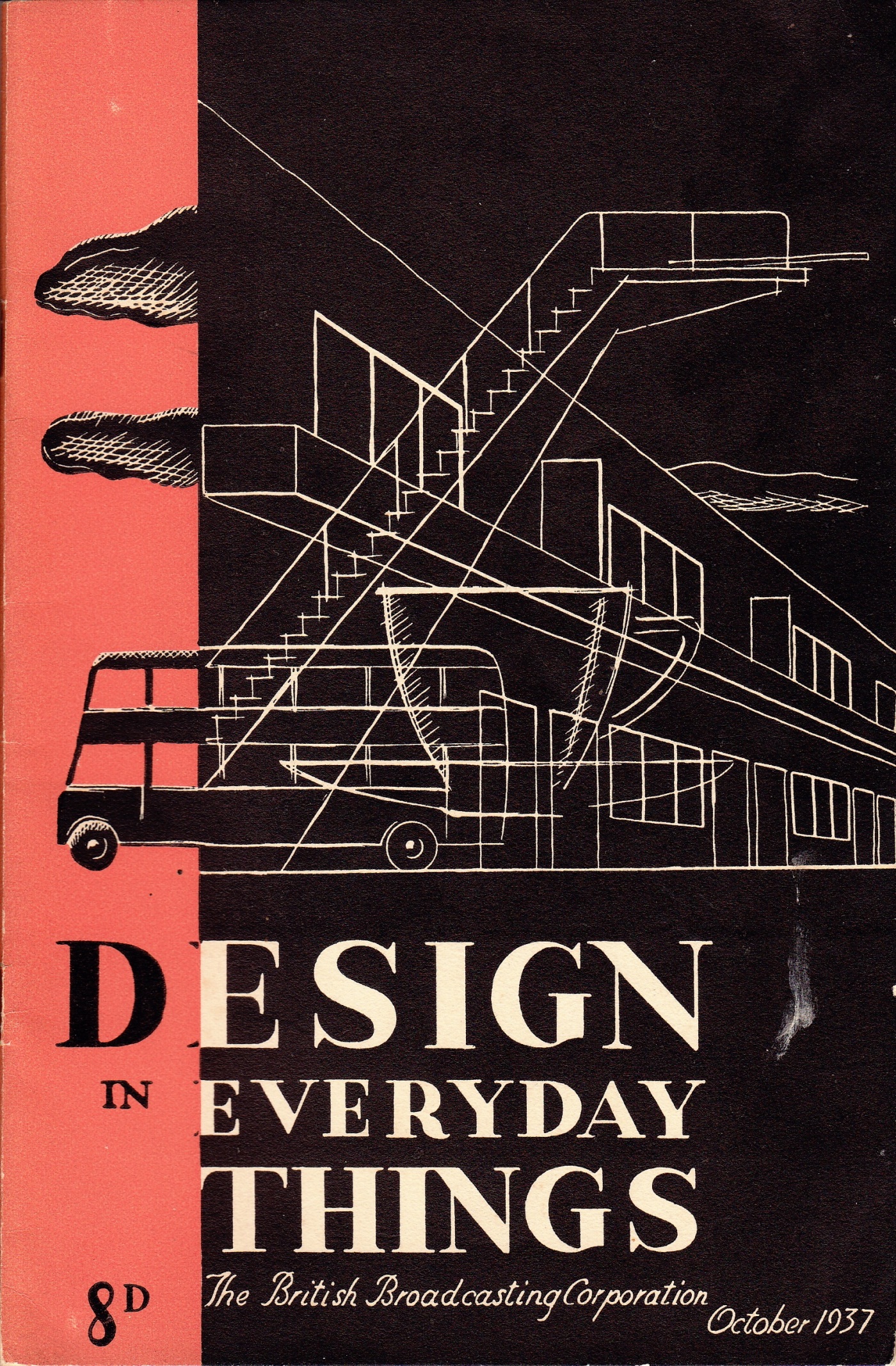 Anthony Bertram (1897­-1978) was an art historian and keen advocate of modernism. He felt the chief obstacle holding back modernism’s progress in Britain was an ignorance on behalf of the public over what constituted good design and why it was important.

In October 1937 Bertram began a series of popular radio broadcasts on the ‘National Programme’ intended to remedy this perceived problem, and his aims for the series and the public’s response to it are summarised in the pamphlet ‘Design in Everyday Things’ published shortly afterwards by the BBC. Alas, it seems unlikely that any recordings of Bertram’s broadcasts exist, but the witty commentary in this booklet gives a good indication of his dry sense of humour and passionate commitment to the modernist cause.

One thing which clearly infuriated Bertram was the popularity of the ‘mock Tudor’ or ‘Tudor-bethan’ style of domestic architecture which was adopted across Britain in the 1920s and 30s. Of this he says, “the average bungalow today wavers in appearance between the ‘bijou baronial’ and the ‘Tudoristic’: that is to say, it makes an exceedingly bad shot at looking like a stone castle built for the wicked uncle in the pantomimes”. He goes on to say, “if the owner were logical he would wear cheap tin armour or hodden grey. In fact he wears a cap and a reach-me-down and maybe a bowler hat and a gent’s suiting on Sundays, because he is neither a knight nor a villain, but Mr. Smith of ‘Osocosy’.” One of the typically challenging discussion questions he suggested to accompany episode 2 (‘The House’) is as follows, “ask any member who lives in a bogus Tudor villa whether he would like his car fitted with leaded panes and thatched.” One wonders if anyone was ever asked this question directly by Bertram, and if so whether they were able to maintain sufficient restraint to offer a polite rebuttal. 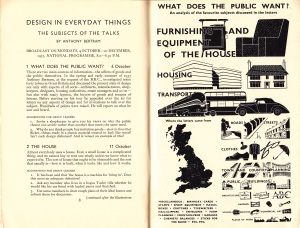 The pamphlet concludes with a series of black and white plates to illustrate the themes of the series, including the examples shown below. Plates 7 & 8 take a look at living room furniture, “unit furniture is a modern development in flexible design for an unsettled age”, and plates 18 & 19 show the enormous municipal housing developments in Manchester (Kennet House) and Leeds (Quarry Hill Flats), both sadly now demolished, the latter being the site of the West Yorkshire Playhouse (1990) and Quarry House (1993).