We hadn’t previously suspected that gazing at art and architecture could be bad for one’s eyes but our visit to the Ludwig Forum Aachen in Summer 2015 certainly ended in unforeseen circumstances. I suffered a detached retina within an hour of our visit and was rushed back to London for surgery – a coincidence? Entirely. 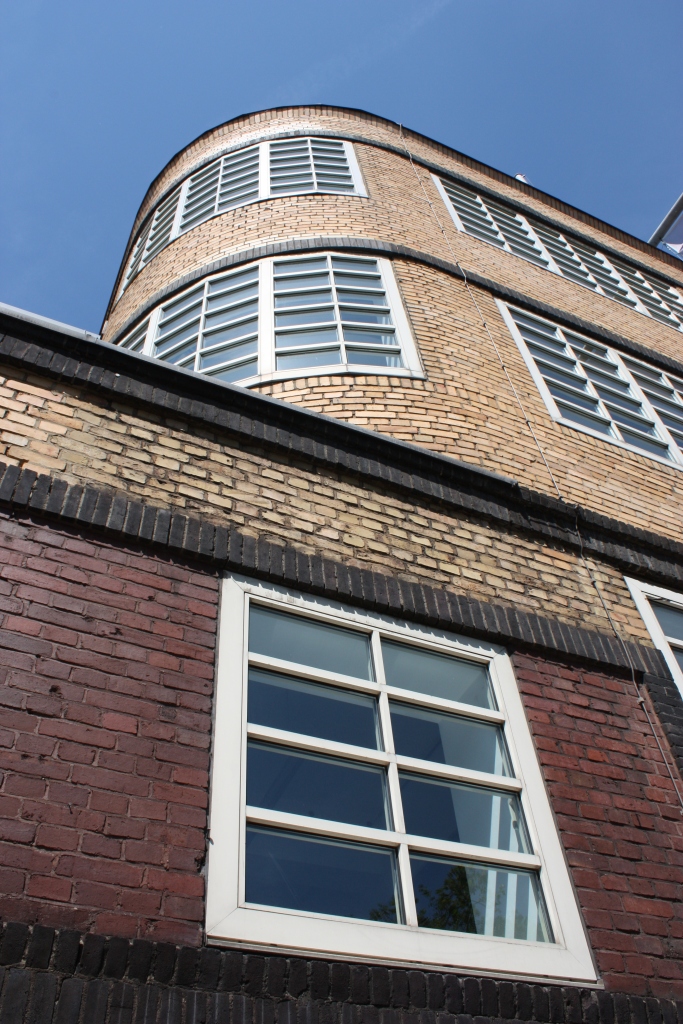 That Aachen has much in the way of modernist architecture is also rather unexpected. It is an ancient and gnarled city, Neolithic in origin, later a Roman spa town, and famously the home of Charlemagne between 792 and 814. Fortunately, enough remains of its charming narrow streets and bustling squares for the city to retain a dense medieval feel, rare in Germany where so much damage was wreaked during WW2. 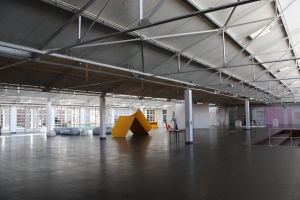 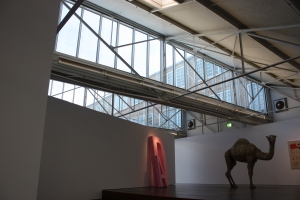 The Schirmfabrik Brauer was designed by Josef Bachmann and built to house the umbrella manufacturing business of Emil Brauer, whose name can still be seen on the façade of the building. At the time of construction it was the largest umbrella factory in the Europe, and at peak output manufactured 1000 umbrellas per day. The square site, which is now an excellent gallery for international art, sits within a busy residential district, yet when work commenced in 1928 it was on the very northern edge of the city.

Bachmann’s building is frequently described as being in the Bauhaus style and while it certainly contains elements of Gropius’ 1911 work at the Fagus Factory and his model factory for the Werkbund Exhibition (in nearby Cologne) of 1914, it is a far heavier composition than either. The long horizontal façade with its grand sweep of fenestration is certainly impressive from street level but the windows are broken frequently by brickwork. In fact, the façade bears a stronger resemblance to Hans Poelzig’s office building in Bresslau (1911) and Erich Mendelsohn’s much imitated curved glazing as used in his Mosse House, Berlin (1921-23). The strongest element of Bachmann’s design is the square tower on Lombardenstrasse, which houses a stairwell, and which boasts a refined arrangement of brick and asymmetrical windows.

The Brauer Company sold the Jülicher Strasse premises in 1988 when it was discovered that the building’s status as a historical monument prevented them from developing the site further. The City of Aachen were thus able to purchase the entire site and work to convert the factory into an art gallery (Eller + Eller Architects) commenced shortly afterwards; the Ludwig Forum für Internationale Kunst first opened its doors to the public in 1991. 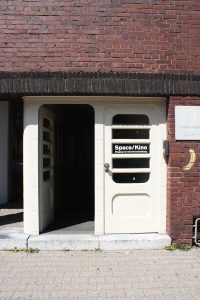 Internally, the 3000 sqm former manufacturing shed houses the bulk of the collection with further exhibition rooms spread in a ring around the shed in the old office blocks, including an impressive space which was opened-up to exploit the full height of the building (pictured below). Highlights of the collection include works by Jeff Koons, Mel Ramos and Duane Hanson’s ‘Supermarket Lady’.